The Catastrophes that plagues “The Resplendent Isle”- by Noor Rahim 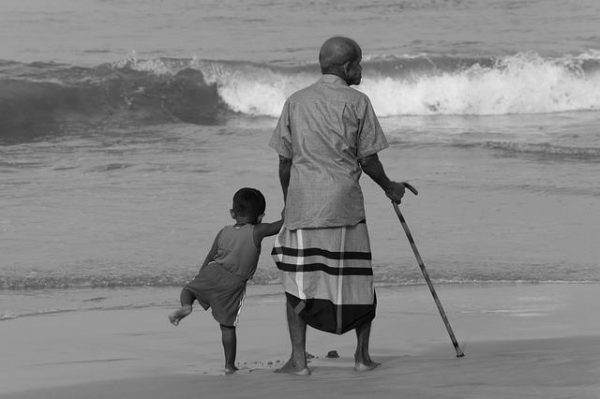 As the human race becomes wiser; with the advancement in the Technical & Medical fields, one would expect to live a life sans the catastrophes that we are faced with currently – on such a regular and devastating basis. The result of such disasters are inconceivable; and appear to be threatening humanity and Mother Earth with such deadly impact and so regularly. Not a day goes by without one hearing of such disasters occurring in some part of the World today – Be it environment, diseases, spiritual, political or moral decay. Most of them being self-inflicted or the product of mankind, in the quest of satisfying their “material greed”.

The question that one must ask or seek answers to is – “Are we individually or collectively responsible or are we subscribing to these debacles/mayhem, that we face today?” In addition we should ask ourselves – What are the causes and what makes these ravaging debacles happen; and how best can we circumvent or totally prevent these catastrophes!”

Over and above these catastrophes, in Sri Lanka, we are confronted with a major self-inflicted human catastrophe that surfaced and exploded quite recently with results which are excruciating and devastating to the very citizens who used their Universal Suffrage in selecting Politicians to lead a once humble and friendly Nation into abject poverty.

The current scourge that plagues our Motherland are the Politicians playing a key role in accelerating the debacles by their willingness to bend backwards to satisfy Lobby Groups & powerful Business Conglomerates; so as to ensure their seats in the Parliament; and for the oft spoken of “Kick-Backs”. In the meantime “dipping their fingers in the pot” to rob the country of its wealth/assets, using an old adage of “Make hay while the sun shines” and adhering to a policy of – “You scratch my back and I will scratch your back”. Catering more so to their own needs; to their family/families benefit; and to their friends, rather than the Nation & Country. Most of the Politicians are really “Bobble Heads” just nodding to say “yes” to fulfil their selfish needs. One does wonder where the good old “Statesmen” have gone; of which there were only a very few. We are bereft of such Patriotic die-hards and are only left with the corrupt and unreliable group of power-hungry Politicians; who are just treating it like a lucrative job.

We achieved such a great success recently by the “Aragalaya Movement” – The struggle for real Independence; however, who is there to take over the reins remains the biggest question. True we got rid of a despot and illiterate “Head of State” who is “The Commander in Chief” of the Armed Services & Police Force; and one who deserted the country, through the “back-door”, with the assistance of the Police and Armed Services; that aided and abetted a Deserter, in the face of Peaceful Demonstrators and now on the run with what is alleged to be, the wealth/assets of the country; and is one of the dynasty that is now credited with bringing down the beautiful Motherland to the status of a “Beggar Nation”- financially bankrupt and with its’ Agricultural Industry (once proudly known as “The Granary of the East”) in ruins. Bringing the Nation to its’ knees and thus leading the peoples of the land into deprivation and starvation.

Worse seems to follow in the Political Arena. They have brought in a person who lost his seat to the Legislature; in fact led his party to an ignominious defeat at the election; with not a single seat won in the last election. This was a Party that dominated the Legislature from the time the country got its’ Independence, on a plate, from the British in 1948. Also known as “The Uncle Nephew Party”. Yes, the Party he led was loaded with their Kith & Kin; the same way it is today in our Political Society. They not only got this “loser” into the Parliament; the deserting President also appointed him the Prime Minister; and later from his place of “hiding” appointed or got his majority Party to elect him as the President. What irony and subversion is this – may I ask? Just reeks of treachery and the will to remain in power; at the vast expense of the peace loving citizens of the Land. All this done in the name of “Democracy”? Don’t you think this is “Dictatorship”? We appear to be “Jumping from the frying pan; and into the fire”.

You can only summarize the Political agenda as being one of despotism; Nepotism; favouritism; and hegemony – following a rule of “It’s not what you know; it’s who you know”.

The treachery among the current “Law-Makers” is not really a new concept. If one traces the King of Kandy and the mighty Kandyan Kingdom which withstood and repelled the British onslaught, in 2 major wars in its’ quest to rule the whole country. It was during the year 1803 the British invaded the Kingdom of Kandy in the 1st Kandyan War, but were bloodily repulsed. In 1815 Kandy was captured in the 2nd Kandyan War, ending the rule of the Kandyan King and his impregnable Kingdom.

Over ten years lapsed since the 1st Kandyan War and the Kandyan Kingdom was having a growing rift and animosity between the Inner Circle of Nobility in the Court of King Sri Vikrama Rajasinghe; which led to the surreptitious subterfuge and virtual invitation by the Nobility for the British to invade the Kingdom. In 1815 the British Forces invaded the Kandyan Kingdom and captured the King. The deposed King Sri Vikrama Rajasinghe was exiled to Vellore in South India; where he died 17 years later.

So, it was “Treachery” on the part of a section of the Nobility that saw the Kingdom succumb to the British. Most undoubtedly, the Nobility were well rewarded with grandiose titles; wealth and vast tracts of lands and wielded the power given by the British over the indigenous people. I do hope some historian/researcher will do an in-depth study/ research on these “Traitors”. As surely the populace needs to be aware and the history books need to be updated with these facts; for it has been swept under the carpet for so very long; for reasons unknown or is it fear for opening up a “Pandora’s Box? It will be nice to see how they spread their genetics (genes) among their progeny; for I am certain we will find many Politicians with this inheritance.

In addition it also appears that the Colonials left behind the “curse of dependency”  among the local populace; which I believe is ingrained in the good peoples of Sri Lanka; and what we see today is the result of these two lethal and cancerous parasites that are devouring the innards of our great Nation today.

While in occupation the British built up a Parliamentary System in Ceylon similar to British lines/system; with the seat of Government vested in “The Ceylon State Assembly”. I guess some of the traitors from the Nobility got placements in the Government. It was in the year 1944 that future President (who in 1977 became the First Executive President of Sri Lanka) fought for and got a Bill passed to make Sinhala as the National Language & Buddhism as the State Religion. He hatched his plot to become all too powerful; and achieved his ambition by changing the Legislation to that of an Executive President, with all powers vested in him. The damage it has done to the peoples and the fabric of the land has seen a rapid “nose-dive”; since he changed the Constitution. The country is now reeling under these draconian laws that appear to be etched in stone; with no Politician wanting to rescind it and go back to the old status quo. After all they seem to take umbrage under this draconian Constitution – for it is all to their advantage; with no respect to the Land or its’ peoples – simply for their own security and monetary fulfillments.

The current situation in the land has indeed awakened the common man; his dreams of dependency has been shattered and now he/she realises that they have to fend for themselves. A lesson learned no doubt; but with so much hardship that they have endured and will have continue to endure with much resolve to get out of the morass that the Politicians have created for them. To dig out of the hole created they have to now fill the hole with toil, sweat and tears; as they have to get together as One Nation to fill the hole with aspirations; hopes and good faith. All we can now do is to pray and give them a hand to pull themselves out of the chasm of corruption; and bury nepotism, hegemony, despotism, the current “Constitution” and the concept of dependency; to build a great Nation with the “Aragaleya” as the Foundation. One last important factor that has to be mention about “The Aragaleya” is the “Togetherness” brought about among the folks without any thought of class, creed or religion; as opposed to the oft used term of “Unity” which has been proven to end in “Polarization” and always leading to rifts among the populace; and also among family & family members.

God Bless this Motherland of ours; and help them to clear the hurdles to prosper and live in harmony with each other.