The question of what happens after death naturally arises in the mind of thoughtful people, as we do not know what lies beyond death, because no one has ever returned to the living to 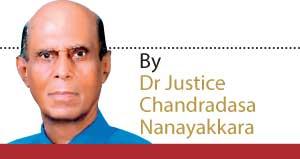 recount his experiences of life after death. Almost every religion across the world has a defined belief on what happens when a person dies, yet the question is still widely debated and discussed without any finality being reached on the issue. Most of the religious teachers from the earliest times, have been unanimous in affirming that life continues beyond the grave, but they differ widely on the question of what form and in what manner the survival takes place. Nevertheless, mankind continues to believe in some form of survival after death.

Regarding the question of survival after death, thinkers have generally followed one of two philosophical concepts. That is to say annihilationism and eternalism (in Buddhist, ucchedavada and sassatavada). The first view is held by nihilists who claim that there is no life after death. They hold the view with the disintegration of the physical body the personality ceases to exist. This view accords with materialistic philosophy, which refuses to accept knowledge of mental conditionality. Those who hold the second view think that there is an abiding entity that exists forever and individual personality persists after death in a recognizable form as an entity called soul, spirit or self. This belief in some form or another is the basis of all theistic religions.

If you stick to the first view and deny that there is no continuity of life after death, there would not be any moral law and vipaka (actions and results) operating in the universe enunciated by Lord Buddha and there would be no object in practising self-restraint or endeavouring to free ourselves of the craving thanha which brings suffering in its wake. The cardinal teachings of the Buddha such as the path to Nibbana Four Noble Truths and the path leading to suffering (eightfold path) would be rendered nugatory and meaningless if death is followed by complete extinction. Similarly, those who believe in eternalism which presupposes that individual personality persists after death in the form of soul or self as an enduring personality by means of transmigration is also rejected by Buddhism. This view runs counter to the very essence of Buddhism which denies the existence of the soul. This is the teaching of the anatta doctrine, which distinguishes Buddhism from other religions and marks it out from all other religious concepts.

In view of the virtual impossibility of establishing the truth of survival after death through empirical methods, the question arises what is the attitude of science to this important and abstruse question that has baffled the minds of many people. Although, it is not possible to posit ‘rebirth’ as a scientific fact, many men of science are of the opinion that mental, moral and physical inequalities can be accounted for on no other hypothesis than the ‘rebirth’ hypothesis.
The idea of a cycle of birth and ‘rebirth’ is part of the teachings of the Lord Buddha. For many Buddhists, death is not seen as an end, but rather as a continuation. Buddhists believe a person goes from life to life and see it as another part of their long journey through samsara.

“Most of the religious teachers from the earliest times, have been unanimous in affirming that life continues beyond the grave, but they differ widely on the question of what form and in what manner the survival takes place”

Buddhists do not regard ‘rebirth’ as a mere theory but as fact verifiable by evidence and it forms a fundamental tenet in Buddhism along with the concept of karma. Therefore, two principles-kamma and ‘rebirth’ are fundamental to understanding the teachings of Buddha. Kamma and ‘rebirth’ go in arm in arm. According to Buddhism, there is no life after death or life before birth independent of kamma. Kamma is an immutable law of cause and effect, and we cannot avoid its consequences. Where there is kamma, there must be ‘rebirth’. Most experiences in our present life are the results of our previous actions. Our actions of body, speech and mind (volitional activities) rebound back to us either in the present life or in some future life. It is karma that conditions ‘rebirth’, past kamma conditions the present birth, the present kamma in combination with past kamma conditions the future. The present is the offspring of the past and becomes in turn the parent of the future. For Buddhists. death is not the complete annihilation of a being though that particular life span ended, the force which hitherto actuated it is not destroyed. After death, the life flux of man continues ad infinitum as long as there is ignorance and craving. Man will be able to put an end to his repeated series of births by realizing Nibbana, the complete annihilation of all forms of craving (Narada Thera).

The Buddhist doctrine of ‘rebirth’ should be differentiated from the theory of reincarnation, which implies the transmigration of a soul and its invariable ‘rebirth’, as it is enunciated in Hinduism. In his book What the Buddha Taught Walpola Rahula Thera posed the question “if we can understand that in this life, we can continue without a permanent, unchanging substance like self or soul, why can’t we understand that those forces themselves can continue without a self or soul behind them after the non-functioning of the body? ‘When this physical body is no more capable of functioning, energies do not die with it, but continue to take some other shape or form, which we call another life… physical and mental energies which constitute the so-called being have within themselves the power to take a new form, and grow gradually and gather force to the full: King Milinda questioning venerable Nagasena asked “Venerable Nagasena, does ‘rebirth’ take place without anything transmigrating? Yes, O king, ‘rebirth’ takes place without anything transmigrating? “Give me an illustration, venerable Sir. Suppose, O king, a man were to light light from light pray, would the one light have passed over to the other light?” “Nay, indeed, Venerable Sir. “In exactly the same way, O king does ‘rebirth’ take place without anything transmigrating.

In this connection, it should be mentioned the word ‘rebirth’ is not a satisfactory one, as it implies that there is something that after death takes on flesh again. It connotes transmigration of the soul or other entity consequent to a death of a person. The Pali word used in Buddhism is arising or Phunababa.
As there is no soul or self in Buddhism, the question arises if there is no soul or self what is there to be reborn. This has been the most vexed question among many religious scholars. This has been a topic of debate for centuries. According to Buddhism, there is no enduring, substantial or independently existing entity that transmigrates from life to life instead there is simply an apparent continuity of momentary consciousness from one lifetime to the next that is imbued with impressions or traces (samskaras) of the actions one has committed in the past. For Buddhists, everything is changing and nothing is permanent. So, when a person dies, not he but the energies that shape him take a new form. New life is connected to previous life through kamma. There is a rapid succession of thoughts throughout the life continuum.

“For Buddhists. death is not the complete annihilation of a being though that particular life span ended, the force which hitherto actuated it is not destroyed”

The Buddha is our greatest authority on ‘rebirth. Therefore, for Buddhists, no other evidence is necessary is prove ‘rebirth’.
On the very night of His enlightenment during the first watch, enlightenment, Buddha’s mind travelled back through all of his unaccountable past lives. This was facilitated by the development of retro cognitive knowledge. Though his mind stretched back to countless aeons, he never saw a beginning to his past existence. He found no beginning and no end. He also saw all the beings in the universe being born, living dying and being reborn over and over again without end, all trapped in a web spun by their past actions. This process is the round of ‘rebirth’ known as samsara, which means wandering from life to life with no particular direction or purpose.

Lord Buddha before his enlightenment as a Bodhisattva was born in different forms of existence. As such Buddhists have a firm belief in many realms of existence, both above and below the human realm. Therefore, we can safely assume we all have lived through countless different lifetimes before being born in the world and our birth here as a human being is the result of predominantly good kamma, we have committed in the past life. Those good kamma may have been done in many lifetimes before, or more likely done in the previous life. Therefore, the quality of future births depends on the moral quality of our actions now.
In Dhammachackka Sutta too in his first discourse referring to the second noble truth, Buddha declared this very craving is that which leads to ‘rebirth’.
In ancient Greece philosophers like Empedocles and Pythagoras too taught the doctrine of ‘rebirth’ and Plato made it an important assumption in his philosophy (Piyadassi Thera).