I found walking into the Grade One classroom on the very first day of school in my life a somewhat intimidating experience, having never really left the protective ‘nest’ of my parents and adoring brothers and sisters. Around 30 similarly frightened children of my age were seated randomly, quite unable to process what was going on.

Then the class teacher walked in, flashing a pleasing smile and assuaged our fears. She asked us to stand one by one and say our names aloud so that all will get to know them. “You will be together this year and perhaps till the end of your lives. Talk to the boys seated next to you and get to know everyone bit by bit.”

Her words proved prophetic as within just one week, we had formed a bond that would indeed stand the test of time. This bond is called friendship. Everyone has relatives, but friends are rather special. Indeed, I still keep in touch with some of my friends from that Grade One classroom, 46 years later. Some of them live on the other side of the world, but with today’s communications technologies it is easy to catch up. Some have unfortunately gone to the Great Beyond – we cherish their memories and reminisce about the good times we had with them.

Friendships make you feel human in a whole new way. Animals do have and make friends within their species or even across species (the cats and dogs in our household always got on like a house on fire), but there is no doubt that they do not enjoy and perceive it quite the way we do.

I was prompted to write an article on this subject after receiving a whatsapp message from a friend (who else) which stated that the World Friendship Day is coming up. At first I thought it could be a prank, as I am often subject to such “bites” (in local parlance) by my friends. Then just for the fun of it, I checked it out online, only to find that such a day actually exists on the United Nations calendar. 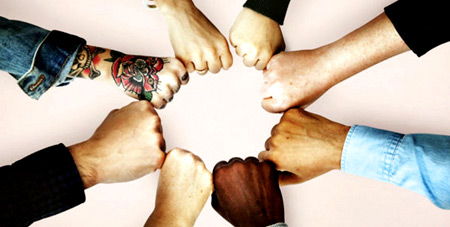 And this is what the UN has on the International Day of Friendship which fell on July 30: “Our world faces many challenges, crises and forces of division — such as poverty, violence, and human rights abuses — among many others — that undermine peace, security, development and social harmony among the world’s peoples.

To confront those crises and challenges, their root causes must be addressed by promoting and defending a shared spirit of human solidarity that takes many forms — the simplest of which is friendship.

Through friendship — by accumulating bonds of camaraderie and developing strong ties of trust — we can contribute to the fundamental shifts that are urgently needed to achieve lasting stability, weave a safety net that will protect us all, and generate passion for a better world where all are united for the greater good.”

The International Day of Friendship was proclaimed in 2011 by the UN General Assembly with the idea that friendship between peoples, countries, cultures and individuals can inspire peace efforts and build bridges between communities.

The resolution places emphasis on involving young people, as future leaders, in community activities that include different cultures and promote international understanding and respect for diversity.

To mark the International Day of Friendship the UN encourages governments, international organisations and civil society groups to hold events, activities and initiatives that contribute to the efforts of the international community towards promoting a dialogue among civilisations, solidarity, mutual understanding and reconciliation.

The International Day of Friendship is an initiative that follows on the proposal made by UNESCO defining the Culture of Peace as a set of values, attitudes and behaviour that reject violence and endeavour to prevent conflicts by addressing their root causes with a view to solving problems.

Indeed, friends and friendships can resolve many problems at a personal and even global level. When we were schooling, most of us had “friends” in many other parts of the world, through the power of airmail. They were called Pen Pals and through them we learned about other countries and cultures. Today, with technologies such as Whatsapp that allow free unlimited video calls, letter writing seems to be passe, but some of these friends still do write actual letters to their pen pals. The only difference is that these pen pals can now also actually afford to travel to each other’s countries.

Friendships are formed not only among such persons in different countries, but also among countries themselves. These can lead to global alliances where the entire bloc projects one image and one message to the entire world. The European Union is a good example of 27 countries that have come together in a spirit of brotherhood and friendship. USA and Canada are two great friends who share a mostly unguarded border. Sri Lanka too has close friendships with many countries far and near.

At the end of the day, only a few very good friends will stand with you to the very end. We all have a best friend (even countries do), called “Bestie” by the young generation. He or she could be from school, university or even work, though we often consider the latter as colleagues. But some lifelong friendships can blossom from the mundane ambience at work too.

We sometimes fall out with friends, only to make up again. Friends fight verbally and sometimes even physically (at school). But they are generally resolved peacefully. It is hard to imagine life without friends, especially as you approach the evening of your life. A meal with a few good friends, with plenty of laughter and banter is one of the simple pleasures of life. And we can make new friends at any age. In any case, it is well known that associating with friends who are much younger in age gives long life. Friendship really has no age barrier. All you need is the zest for life.

Friends are the siblings God never gave us – Mencius