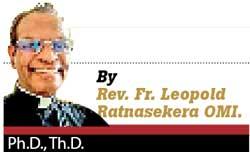 As a country and a nation, we are becoming the scum of Asia, not its miracle as some bellowed from roof-tops and election platforms sometime back, as well as a country at loggerheads with itself with an array of problems and issues still at bay in need of effective solutions that are urgent. The debt-ridden wound has certainly festered through the decades of the post-independence Sri Lanka and appears to get worse as our foreign reserves dwindle, exports crumble, imports in high demand and national assets sacrificed to distant dreams, the success of which time only can tell after generations would have passed through economic insecurity and social  unrest with nationhood in disarray and sovereignty at a terribly risky edge.

We are against the wall as far as the national economy is concerned. There is an acute disagreement among the theories and opinions expressed regarding the most effective way out of a mess that is the sheer result of contentious politics and pitifully sad economic planning by the so-called pundits who are vociferously coming into defending their much short-sighted positions and viewpoints. Some claim that we on our own can man this moment and contain the crisis while others ardently plead for currency swaps, assistance from neighbouring countries or take refuge in a desperate appeal to the IMF. The top-notch from the BOC expresses great concern and anxiety over the adverse effects that the country would have inevitably to face, if recourse is had to assistance from the IMF taking into consideration the conditions that have to be submitted to. Among them a few disturbing elements have been mentioned: the risk of having to pay 20% more for oil purchases, having to privatize the BOC, freeze public salaries and prune the public service, diversify the government pension scheme, privatize all SOEs and many more adverse demands. Defence is placed on the fact of foreign reserves being on the increase to over US $ 3 billion which will assist in tackling this year’s debt servicing. Many seem to have put to the oblivion the bitter truth that the same foreign reserves had plummeted from US $ 8 billion two years ago to just US $ 1 billion in December 2021. We are stuck with having to contend with an annual import bill of US $ 18 billion while exports stagger around only US $ 11 billion. This is an incredibly paradoxical situation.

The recent fertilizer crisis upset the apple cart for our poor farmers who daily began to revolt and take to the streets to bemoan their predicament with their cultivation efforts threatened by the sudden change of fertilizer policy. They even threatened to halt cultivation. Rice and vegetables were in great want and the prices began sky-rocketing. It is a shame that with such rich soil in the country, this once granary of the East along the silk-route is being put under pressure to import these food items from neighbouring countries. It is a disgrace to our forefathers and valiant ancestors of old who bequeathed to us this rich rice-culture. The question is seriously posed as to who is responsible for this mafia that is inducing hunger in the country. Who are the king-pins behind this catastrophe who have cashed in their commissions in millions at the expense of bringing untold suffering and anxiety to the farmers who have to toil so hard to get a fair price for their produce? If as is assured that foreign reserves have arisen why is the release of dollars not possible. There are unfortunate reports of so many containers lying stuck in the harbour with medicines and food-stuffs waiting to be released. Apparently, the lack of dollars is causing delay in this matter. Complaints are umpteen that there are some ministers who are utterly incompetent, inefficient and making wrong decisions that is causing lot of harm in the smooth running of the government. There is a popular cry that they be relieved of their responsibilities and competent men appointed for their seats instead. There is as the President recently and sadly observed a lack of confidence in the way things are being run by the government. The pandemic debacle is no panacea excuse for the downturn in many of the spheres of national life like international trade, agriculture and dwindling of exports. The sudden change of policy that overturned the fertilizer issue which some expert remarked had been done with ill advice as well, without a phasing out of this change, had been the root cause of crisis in the rice and vegetable shortage that soared its price to a sky-rocketing level ill affordable to the general public. The mishandling of the gas question created havoc in the kitchens. Some had even switched on to kerosene which also began to be in short supply as the queues demonstrated and worse with some taking recourse in firewood particularly in the interior and distant villages. The sad spectacle of long lines of utterly desperate crowds queuing up for gas and kerosene as well as the frantic chase to the marketing centres for food-stuffs ignited in many, loud cries of criticism, frustration, sheer anger, displeasure and despair.

Whether the country succeed in creating a programme of its own without recourse to foreign aid to tide over the financial crisis at hand is the million-dollar question anxiously raised by many a knowledgeable economist. On the other hand, the state of national politics is in utter confusion with many politicians calling on all parties, whatever their hue, to come together to find a way out of the present morass. All pledges on which the last elections, presidential and parliamentary were fought have not yielded tangible results that affect particularly the rural population. The cries of the farmer, the small-business holder and the daily wage earner are being heard loud and clear in the ears of the government. Unfortunately, difficult and unpleasant decisions may have to be taken but not at the cost of hurting people’s basic needs for food and health care. There seems to be a multi-faceted mafia intruding into the field of drugs and medicines as well in addition to the inability to clear the cargo containers that lie stagnant in the harbour. It is paradoxical indeed that the parliament has been prorogued while burning issues are affecting the country with the concurrent sense of insecurity, hopelessness and anxiety crippling the general public. Excuses and apologies are not the way out to respond to these clamors of the people. The national situation is really bad and viable means taken to tide over the mounting plethora of crisis are be sought with a compelling sense of urgency. This is the hour to act swiftly lest the whole country caves into misery, inflation and bankruptcy.
The story of the national debt that kept on accumulating in all directions with the need to run to international funding agencies such as the IMF and World Bank has now taken the country to another disastrous and highly questionable road of dealing with national assets like the harbours, cities, airports and oil tanks. The sheer dearth of dollars to pay off debts, buy oil and the poor performance in the export sector together with slackness in the traditional exports like tea, rubber and coconut are contributing to aggravate the economic crisis and monetary management. Urgent steps have to be taken to consolidate the tourist, apparel and textile industries. State expenditure has to be cut down to a minimum. It is imperative that many unnecessary functions have to be cancelled. Austerity must be shown in the life of those in government with humble readiness to make sacrifices on behalf of the people thanks to whom they are in seats of power. Bribery and corruption, waste and embecillmentof funds have no place in a decentlymanaged economy. The root cause of the present serious crisis has to be placed squarely with a government that is not handling national issues in a proper manner. Those at the helm seem inadequately prepared to come up with viable solutions. Alternatives seem very meagre and not forthcoming. The government is clearly bereft of alternatives. Blaming the opposition for criticizing the government and not offering any alternative implicitly shows that those in power are bereft of solutions and are completely lost in the situation which they as a government are morally obliged to face and take head on as quickly as possible without further delay.

Honest and sincere statesmen-like politicians do not pursue power at any cost, including the duping and the drugging of the masses making thereby elections the opium of the people, whilst hiding the truth about matters that are still highly controversial and contentious.Instead,using their people-given authority to rule in justice and fairness they must seriously have short and long-term plans for the economic stability, national integration and ethnic harmony, taking good care never to exploit religion, race,  ethnicity and language to their own selfish and introverted advantage, ensuring equal treatment to all  and in particular see to the immense sufferings and hardships of those who are poor and indigent.Then only can we see an about-turn of the country towards a better and permanently prosperous era. Bad politics and inefficient administration can never ensure stability in the economy. It is time that we empower ourselves to jettison the begging bowl and enter a culture of self-sufficiency and self-respect as a nation. The Taprobane must stay stable and strong: this island-paradise gracing the vast Indian ocean.