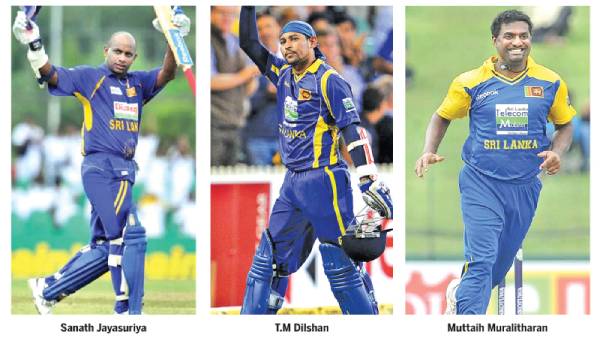 Seven former star Sri Lankan cricketers Sanath Jayasuriya, Muttiah Muralitharan, Chaminda Vaas, Romesh Kaluwitharana, Tillakaratne Dilshan, Nuwan Kulasekara and Upul Tharanga have been drawn in to the Asia team for the Legends Cricket League 2022, which is set to begin from January 20th at the Oman Cricket Stadium.In addition some legendary names will confirm their participation in the tournament which is going to be keen tussle. All seven players were involved the first tournament held last year .

Two Pakistan star players paceman Shoaib Akhtar and all-rounder Shahid Afridi also among the Asian team with Sri Lanka players. However, the tournament will not see Indian legend Sachin Tendulkar, who was a major attraction in the first edition of the tournament held in Ranchi last year.

Even though the tournament promo included the name of Tendulkar, the master batsman confirmed via his management agency that he will not be playing the tournament this year.

But the tournament got a fillip when former India batsman Yurvraj Singh confirmed his participation and will play for the India Maharajas. The India side also has Harbhajan Singh, who announced his retirement from all forms of cricket late last year, swashbuckling batsman Virender Sehwag and all-rounder Irfan Pathan.