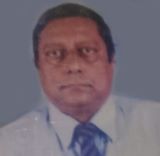 There are many successful musicians today who had no other choice of career except music, so they give their hundred percent to it. To implement focusing only on a musical career, one requires a lot of confidence in oneself. Manoj Peiris is a musician who has mastered his art one who needs to give his whole time and energy to the art. A sense of adventure in a musician is a good motivator to dive deep into music and make it the only priority and path ahead. It is hard work of Manoj his stepping stone for success for approximately for four decades. Manoj as a successful musician is into music totally practicing hard in his early days, to date too as a highly talented exponent of the ‘Tabla’,which is exclusively his ultimate passion. Manoj is a musician who does not mix passion with money as it could ruin his career. Like all successful musicians Manoj possesses patience in abundance with the not giving up attitude. Manoj has been learning for years perhaps, still learning, practicing and honing his talents to remain at the summit of fame among so many musicians in Sri Lanka. Manoj over the years has implemented the concept of creativity to make and keep diverse audiences spellbound.

Manoj is the youngest only male sibling among five children.Eldest been Malkanthi, then Nirmala,then Niranjala Sarojini and Sakunthala all renowned vocalists barring Sakunthala who had taken part in tele dramas, who also had inherited singing skills.After respective marriages to Sangeeth Nipun Chancellor Sanath Nandasari,Tabla exponent Wijeratne Ranathunga and vocalist cum Rupavahini television program producer Abeywardena Balasuriya the family became a firm knit cumulative musical family perhaps as the family with the highest amount of music talent in native Sri Lanka This star-studded musical family was further strengthened with the emergence of talented Anuradha Nandasiri and Sevwandi Ranathunga. After the demise of Abeywardena Balasuriya Niranjala Sarojini had taken a firm stand not to sing as a huge mark of respect to her beloved husband.At music events where Niranjala is invited her songs are sung by her equally talented nieces Anuradha and Sevwandi with inherited hereditary affiliations to fulfill her void sans any blemish.

Manoj had been the baby (‘hurathala”) of all the sisters, had said was looked after well particularly by Malkanthi, when he was sick it had been Sakunthala. Many have questioned and are questioning why Manoj did not tie the nuptial knot. To Manoj this bachelor status he is contended with. He has however a large circle of friends mostly females. He had added the period he had lived is much more than the period ahead to live. Hence, he prefers to remain in the same vein with a history of over thirty-five years as a sought- after busy musician leading his own band with a group of competent players. Manoj had added he has got affection from so many and will be getting much needed affection from many in future in the same measure.To him bachelor life is less cumbersome hence wishes to remain so .He had lamented that the time he has lived to date is much more than the time he has to llive, hence he prefers to remain a bachelor for the rest of his life,Manoj is a crazy animal lover, having nine cats at home and outside he has about ten dogs parked outside his dwelling .He says if he walks on the road the dogs follow then he needs to buy them yoghurt to get himself freed.He also states that like music looking after and feeding the animals is his pleasure. It is learned when the animals fall sick, he takes them the veterinary clinic for treatment .Manoj too looks after his health well, who never fails to have the usual walk around the area around the Pallewela temple which he never forgets to do daily whenever time allows.

Manoj for almost two decades had been at the pinnacle of fame as a conductor, director of music.He is indispensable as the most sought-after musician in the field in native Sri Lanka .Manoj had toured many countries with many orchestras as a clever exponent of Tabla.He with Jagath Wickremasinghe forming a formidable duo had backed up many prominent vocalists by accompanying them to many western countries. He had uninterruptedly catered the music leading his musical band for nearly two decades for the ITN ‘s popular Friday night program ‘Chat N Music” to date. He is wanted by all television channels like Rupavahini, Siyatha, TV Derana, Swarnavahini, Charana TV etc.For programs of lesser magnitude and for many indoor concerts. He details a few players of his band to television channels where not much of music is needed.Manoj still manages his players when two programs collide.

There had been several requests locally and internationally for Manoj to compile a book on his Tabla exploits which the passionate fans were keen to follow and learn the art.Manoj recently launched his book “Tablawa” for the benefit of all those who were keen to learn the different styles of playing the ‘Tabla’.Manoj had learnt the fundamentals from his elder brothers-in-law Visharada Sanath Nandasiri and Visharada Wijeratne Ranathunga. The contents of the book it is learnt that is sufficient to sit from professional examinations up to the Tabla Visharada phase.He also wishes to mention the names of Tabla exponent wizards DR Pieris , PV Nandasiri and Dr Rohana Weerasinghe ‘gurus’ from whom he had learnt the craft.

In compiling the book Manoj had said there are four schools (Charana) in Tabla.He had learnt the Delhi Charana. In the book there are all four chapters well explained for learners to grasp.All these Manoj has explained in simple form. The book was launched recently in the presence of the President and the Prime Minister when the first copies were handed over in a glittering ceremony.Later Manoj received the “Raigam Lifetime Achievement Award” selected by a special jury and the Raigama group.This award was given to Manoj apart from his contribution to music and for completing thirty-five years of uninterrupted service to music in the country.

Manoj is still very enthusiastic in this field continuing his contribution to music leading a bunch of efficient players to enthrall many diverse audiences watching television, indoor  concerts.All music lovers would wish him good health and longevity in his future career.