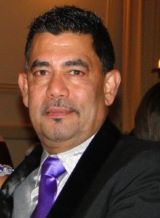 Australia will question their resolve after they blew a golden opportunity to take a commanding one-day stranglehold over Sri Lanka when a flurry of wickets fell to give the home team a series levelling 24 run win at Pallekelle.

In a second rain affected game in Sri Lanka’s Hill Capital, the Duckworth-Lewis method this time favoured the plucky Lankans who defended a moderate total against much against the tide of expectation.

The Australians currently decimated by injuries to key players have found handy replacements from the squad and have even dug deep into the touring A team to fill in vital spots as the series moves to Colombo for the deciding three games left.

Sri Lanka have not had much success in the one day format in recent times and the win will raise all expectations of a surprise series win over the fancied Australians.

Sri Lanka’s batting which has struggled in the past, appears to have turned the corner under new coach Chris Silverwood who has already made an impact on their mental application. The former England coach who had a horror run against the Aussies in the recently disastrous Ashes campaign, gained a semblance of satisfaction against his tormentors.

Sri Lanka amassed 300 in the first game but were forced to defend 280 in 44 overs due to rain. They were denied by a Glen Maxwell epic when he scattered the hapless bowling for an unbeaten 80 off 51 balls to give the Aussies a fantastic win.

In the next game the Aussies found themselves in an unfamiliar batting delimma chasing a total not insurmountable by any stretch, but having to contend with a Lankan side fuelled by a the deafening home crowd support and a new found self belief.

History suggests that the home team will struggle in Colombo for some uncertain reason in what is considered their preferred venue.

Chris Silverwood and his new charges would prefer otherwise.