Kamikaze aunt and other stories – By GEORGE BRAINE During the closing stages of the Pacific front in World War II, Kamikaze (“divine wind”) units were formed as a last ditch effort to prevent an American invasion of Japan. These units consisted of conventional fighter planes loaded with explosives, bombs, and even torpedoes, and would be deliberately crashed onto warships. About 2800 Kamikaze attackers sank 34 American navy ships, damaged 368 others, and killed or wounded about 10,000 sailors. An American destroyer that was attacked but survived is my namesake, the USS Braine, although 67 sailors on board were killed and 102 wounded.

My mother-in-law Tomiko is 94 now, and clearly remembers her life in Hokkaido, Japan’s northernmost island, during wartime. She was in a boarding school where young women were trained to take over duties usually assigned to men, who were now away at war. She remembers the hardships of wartime, potatoes being their main diet. In preparation for the American invasion, the girls were trained to use bamboo spears, a last desperate attempt at self-defense. Tomiko says that a horse farm belonging to the army was adjacent to their school, and it was once attacked by American planes. A number of girls died as a result of the raid. She also remembers the Emperor’s radio announcement of the surrender on August 15, 1945. She was standing at the back and could not hear clearly, but everyone was crying. She actually felt relief that the war had ended, the hardships being unbearable.

Tomiko’s older brother, Shigemitsu, was trained as a Kamikaze pilot. He was quite good looking, and Tomiko says that his photographs in her possession were repeatedly stolen by other girls. In fact, Kamikaze pilots, all young men around 20, were heartthrobs of teen age girls. Because he was the first born son, Shigemitsu was held back by his commanders, and the war ended before he could go on a suicide mission. After the war, he was successful in construction and passed away a few years ago. 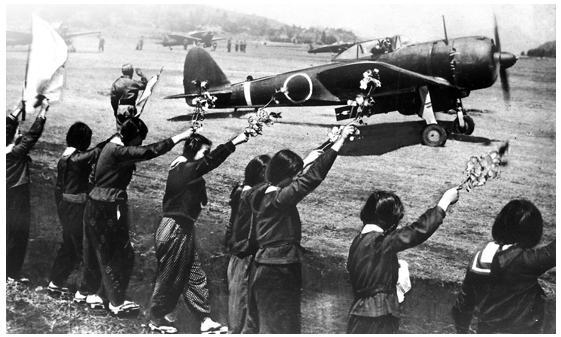 Schoolgirls waving to a kamikaze pilot

His wife, Kazuko, lives not far from us in Sapporo, Hokkaido’s capital. My nickname for her is “Kamikaze aunt” (never used in her presence!). Of course, women pilots were unheard of during the war, but I think the nickname is apt. Kazuko is a sweet, gentle person, who values her independence despite her advanced age. 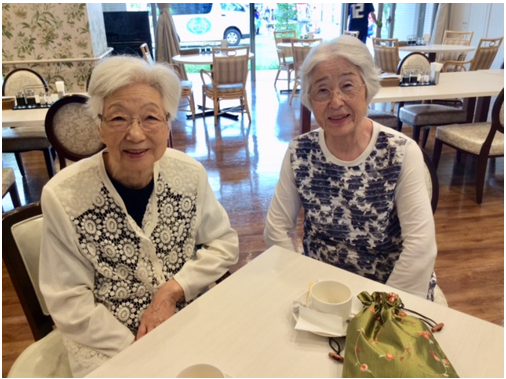 Tomiko and Kazuko, both in their nineties

Although Hokkaido was not a battleground, it did not escape the effects of the war. Japan and the Soviet Union had a neutrality pact during the war, which the Soviets renounced in April, 1945. In August, as the war was ending, the Soviets invaded and occupied the Kuril Islands, to the east of Hokkaido, including a few islands claimed by Japan. In fact, it was later revealed that the Soviets were planning an invasion of mainland Hokkaido on August 25, after Japan had surrendered, which was opposed by President Truman. If not, Hokkaido may have been part of Russia today.

Russian influence in Hokkaido runs deep. Russian Orthodox churches, where the priests are Japanese, can be found throughout. Russian fishermen visit the ports, and in Nemuro, the street signs are in Japanese, English, and Cyrillic. But the loss of the Kuril Islands is deeply felt in Hokkaido. I have seen signs like the one below in eastern Hokkaido, which is not far from the Kurils. But, I do wonder why they are in English. Why not in Cyrillic? 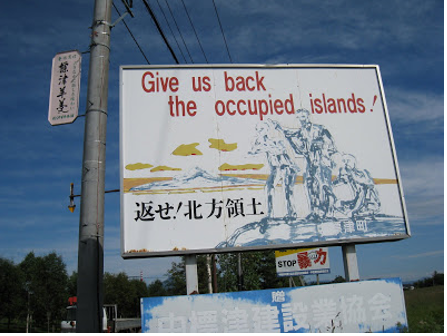