Atapattu moves ahead in world rankings 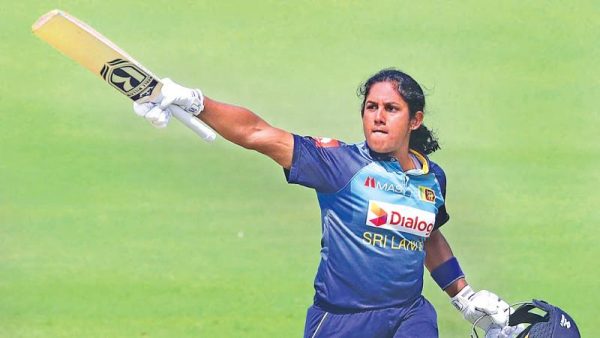 Sri Lanka captain Chamari Atapattu and Pakistan opener Sidra Ameen have made notable progress in the MRF Tyres ICC Women’s ODI Player Rankings after finishing as the top run makers for their teams in the first series of the ICC Women’s Championship.

Sidra, who scored 218 runs including a match-winning 123 in the second ODI to be named Player of the Series after the 2-1 win, has moved up 19 places to a career-best 35th position.

Atapattu, who smashed a match-winning 101 in the second ODI and totaled 142 runs, has re-entered the rankings in 23rd position. Atapattu’s career-best is the eighth position attained during the ICC Women’s Cricket World Cup 2017 in England.

Captain Bismah Maroof remains the top-ranked Pakistan batter, her 98 runs in the series helping her retain 26th position, while Muneeba Ali’s 86 runs see her advance four places to 54th in the list led by Alyssa Healy of Australia.